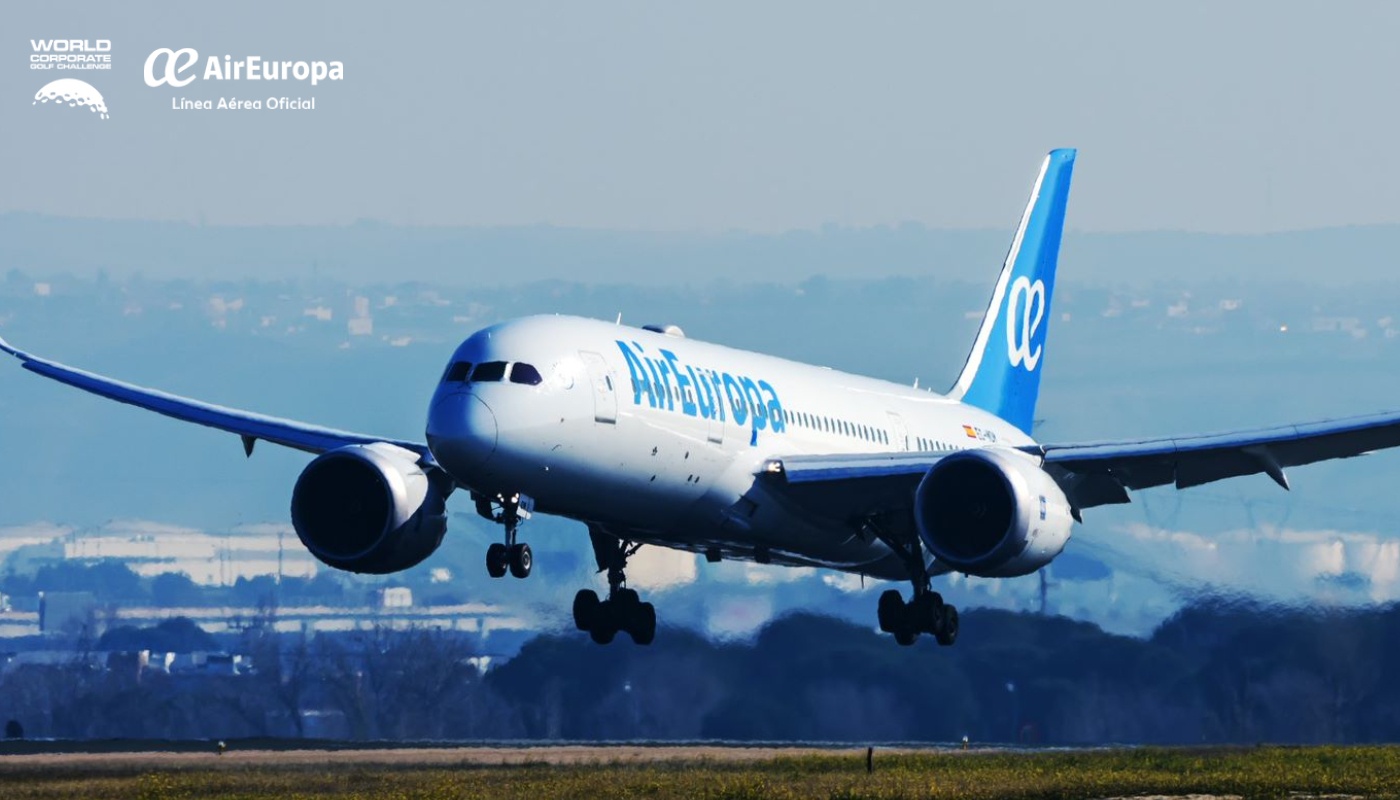 The fact of them continuing to sponsor this kind of events reinforces Air Europa’s commitment to promoting sports to society.

Speaking about the new partnership, WCGC Chairman Jose Guerra said: “WCGC is delighted to partner with Air Europa, the airline part of the most important tourist group in Spain, Globalia. We look forward to working hand in hand with Air Europa to promote WCGC and Sports Legends Cup worldwide.

With the great experience & quality at their backs, they help our event improve every year. So, we are pleased to continue working with them.”

The World Corporate Golf Challenge is very thankful to Air Europa for their continuous support and trust.

Air Europa is a member of the SkyTeam alliance, made up of 19 airlines that have been working together for 19 years as a major global network that offers services to more than 630 million passengers per year.

The Air Europa fleet is one of the most modern on the continent. It consists of over 50 planes whose average age is no more than 4 years. The company is part of the Globalia Group, and it is a leader in the processes of environmental conservation. In 2018, the German environmental organization Atmosfair named Air Europa as the most efficient European network airline.

The World Corporate Golf Challenge represents one of the biggest corporate golf tournaments in the world. Since its inception in 1993, the WCGC has grown to the point where more than one million golfers have participated in over fifty countries.

The World Final in 2021 represents a fantastic opportunity for players to represent their companies against other corporations from around the world.

Cascais and its spectacular coastline are a must-see destination for any visitor to Portugal. Flanked on two sides by the Atlantic Ocean, the region is located just 25 km from Lisbon and its international airport, stretching west in a rectangle from Carcavelos to Guincho Beach. Nearby stands the imposing Cabo da Roca, mainland Europe’s most westerly point. Cascais has seven golf courses, each designed by a different architect and framed in unparalleled natural environments between the Atlantic ocean and the Sintra mountain range.

As Kleya is a Buyer agent, we created the Real Estate Survey in order for our clients to make the best-informed decisions before purchasing a property in Portugal.