Madeira island, which in 2020 was the return competition after confinement, and one of the qualifying stages for the National Final of the World Corporate Golf Challenge (WCGC) in Portugal, this year will host the inaugural round of 2021.

After a few years away from the WCGC, the Madeira island returned last year in the picturesque Santo da Serra Golf Club (CGSS), the headquarters of the Madeira Islands Open, of the European Tour. Last year’s return was bigger than expected, though not unexpected.

«This year we shall start in Madeira, after last year’s success», said Pedro Castelo Branco, the Golftattoo Group CEO, the promoter of this tour in Portugal for the second consecutive year.

The WCGC competitive calendar in 2021 will consist of four qualifying stages and the Audi National Final, with Cascais hosting the World Final for the seventh year in a row.

The first shot will be at the Santo da Serra Golf Club, with the APM (Madeira Promotion Association) as the main sponsor, on May 29th.

The tour proceeds at the Montado Hotel & Golf Resort, in Palmela, with Garofalo being the title sponsor on June 18th.

From there, it goes to the Axis Ponte de Lima Golf on June 26th and, at last, at the Morgado Golf Resort of Grupo Nau, in Portimão, on July 3rd.

«WCGC Portugal sanctioned by the Portuguese Golf Federation (FPG) and in 2021, we shall offer four qualifying tournaments, followed by the Audi National Final, before the World Final in Cascais. In 2021, we will have the 28th edition worldwide and the 22nd  in Portugal», stated Pedro Castelo Branco, who added that «the companies classified in each tournament, in addition to being awarded Costa Verde trophies, will also qualify for the Audi National Final».

Then, at the Audi National Final, scheduled this year for the West Cliffs, in Óbidos, on July 31st, the finalist’s teams will be accommodated at the Evolutee Hotel and will fight among themselves for the honour of playing for Portugal at the World Final, at Oitavos Dunes, Quinta da Marinha.

In 2021 WCGC Portugal goes back to Madeira, Ponte de Lima and Montado (Palmela). Still, it innovates with expanding to Morgado (Portimão) and West Cliffs, keeping the dream to take Portuguese business people and their guests to prestigious golf courses.

The Santo da Serra Golf Club was, from 1993 to 2015, one of the most beautiful stages of the PGA European Tour.

The Montado Hotel & Golf Resort is the home of the Manuel Agrellos Cup presented by the PGA Portugal and the FPG. Several years have also been chosen to host the Portuguese International Amateur Championship, a European Golf Association (EGA) event.

Axis Ponte de Lima Golf has already hosted a tournament on the PGA of Portugal Tour.

From 2017 to 2019, Morgado Golf Resort was the showcase of the Portuguese Open. It marked the oldest Portuguese professional golf tournament to the PGA European Tour and the European Challenge Tour.

And West Cliffs Golf, the most recent jewel of Praia D’El Rey Marriott Golf & Beach Resort, in Óbidos, has already hosted the Audi Circuit Final and, in 2017, was voted the Best New Golf Course in the World by World Golf Awards.

In addition to travelling this year to new courses, the WCGC stands out in 2021 to have a global sponsor, the Madeira Promotion Association (APM), which is not only the “naming sponsor” of the opening stage also supports the entire tour.

«APM joins WCGC for the first time, with the main purpose of promoting Madeira as a privileged golf destination for the national corporate market», announced Pedro Castelo Branco.

HOWEVER, the CEO of the Golftattoo Group recalled that «although it is a new asset for the WCGC, APM and Golftattoo were already partners in 2018, the year Golftattoo promoted the Madeira destination through media news and press releases, as well organizing a FAM trip».

In 2020 the WCGC was a positive surprise with, invariably, sold-out fields, in a tough year, conditioned by the pandemic. In 2021 the goals are optimistic, not least because Golftattoo decided to present a new kind of sign for the companies and players. «This year, we will have a new type of registration that offers more prominence to the company that enrols and participates, so they can activate its brand in a selected competition, enjoying great visibility and return on the day of the tournament. It is the Premium Subscription », clarified Pedro Castelo Branco.

When the country is slowly coming out of the lockdown, when golf returns to some of its normality, the Golftatto CEO guarantees that «all the safety precautions required by the health authorities will continue to be maintained, as well as by the FPG guidelines». 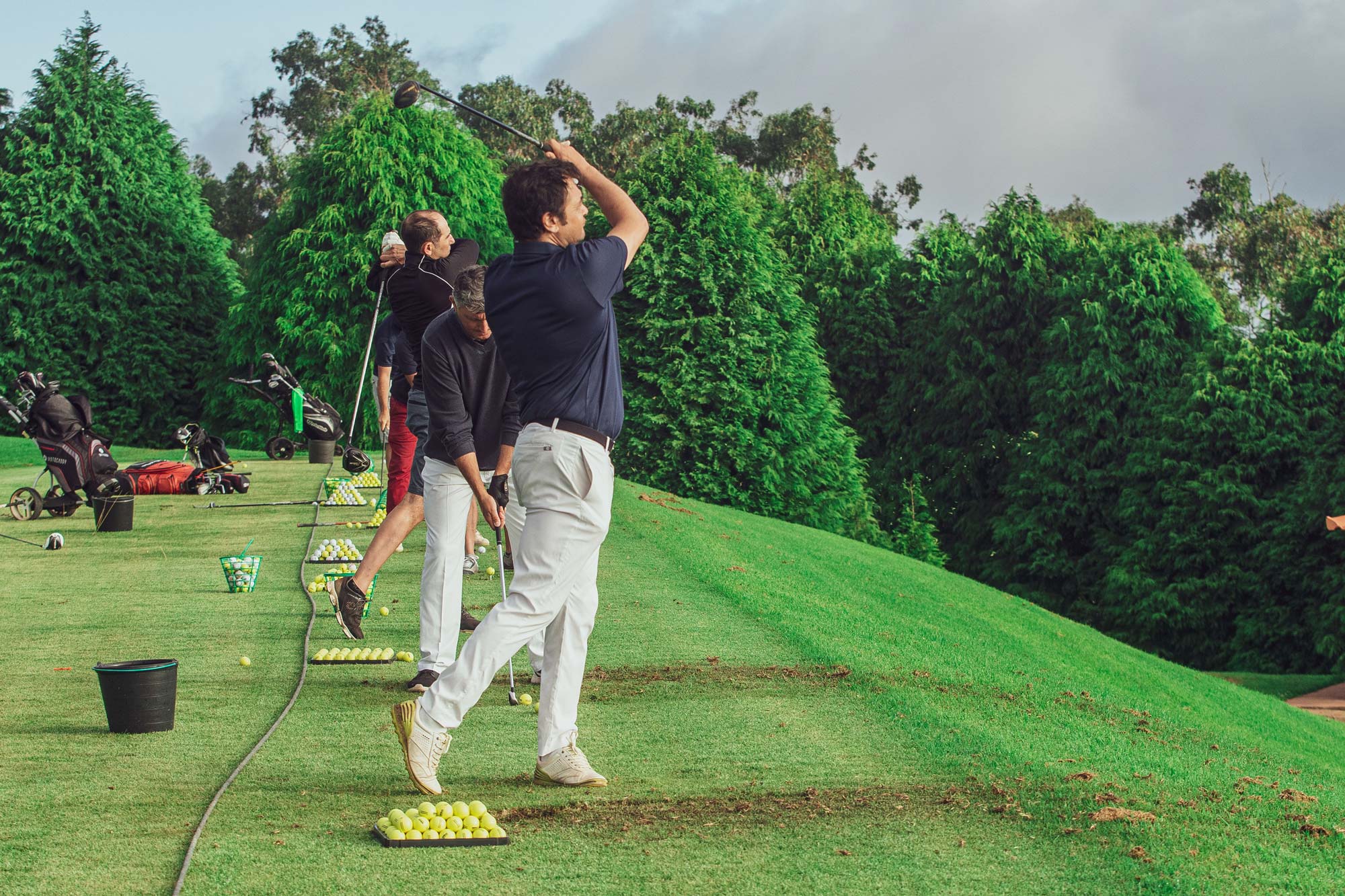 For the Portuguese businessman, a former golf courses director, his debut as the national promoter for the WCGC was a huge challenge in 2020, but it turned out to be a winning bet.

«2020 was undoubtedly very positive. We are talking about an exceptional year because it was the first year in which we had the responsibility to organize the event and an atypical year. The cancellation of the tour was on the table due to the conjuncture when the pandemic showed up. Still, the players’ response was extraordinary with the massive participation», he said to the “Golf Report ” TV show in SIC Notícias.

«We prepared the 2021 edition with the same desire to make a tour of excellence, and we count on with the participation of companies and players», added Pedro Castelo Branco.

Companies and players were able to check last year because of the increased WCGC’s media coverage in Portugal.

After all, Golftattoo is the media leader of golf audiences in Portugal. It has established strategic media partnerships with FPG, PGA of Portugal, the PGA European Tour, the Ladies European Tour and Público newspaper in recent years. In 2020, the tour also featured news in the “Golf Report” TV show of SIC Notícias, Diário de Notícias da Madeira newspaper, Executive Digest and Marketeer magazines and, of course, Golftattoo website.

The World Corporate Golf Challenge was born in 1993, and its growth has been exponential. It has already surpassed the membership of 50 countries, and more than one million corporate golfers participated in the race.

The perfect marriage between the worlds of golf and business has its greatest exponent in WCGC. Over the years, it has appealed to media coverage from 60 TV channels, 26 newspapers and 24 magazines.

Did you know that the Portuguese Golden visa will suffer alterations but will only be put into practice in 2022! You have until the end of 2021 to take advantage […]